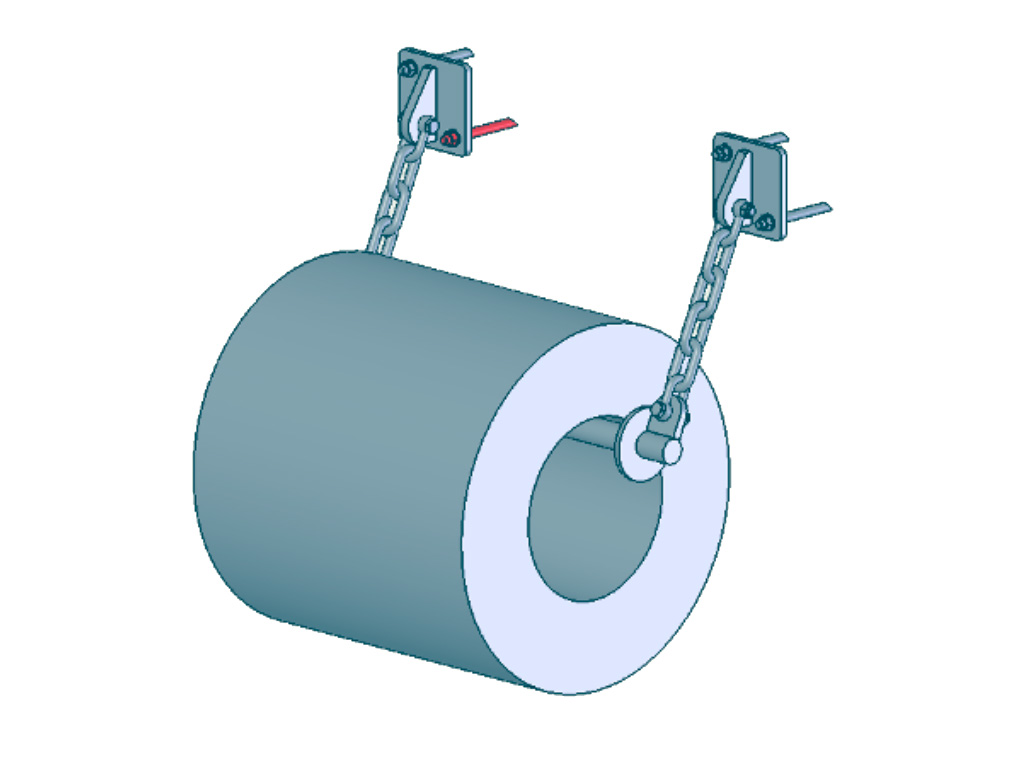 Cylindrical fenders are probably the oldest commonly used rubber fender in existence today. They have been widely used since the 1950’s and were originally produced by the extrusion process in diameters of up to 600mm. As ships grew larger in size, so did their diameters, during the 1970’s the wrapping process was introduced whereby the fender was built-up by wrapping layers of calendered sheets of rubber around steel mandrels producing outer diameters up to 2750mm.

Unlike most moulded fenders, cylindrical fenders are not a buckling column type. Due to their shape, they produce a “progressive” force/deflection curve when compressed. Neither do they have any embedded steel parts, as their fixing systems comprise of external suspension chains, bars or ladder frames retaining the fender through their inside diameter.

Although less commonly seen on berths today, they are still a popular choice with some harbour authorities, and since their original introduction they have been used for most types of ships.

Their limitations would be: That they are not ideally suited to ports with large tidal ranges as they are generally horizontally mounted which limits their vertical height range. As the rubber surface is in contact with the ships hull, it can generate very high friction as well as mark the hull paintwork, which is not desirable for vessels such as high-end yachts, cruise ships and naval vessels. They produce very high hull pressures, typically between 550 to 700kN/m² which is much higher than those allowed for in fender design codes and manuals. Manufacturers only publish performance data for the cylindrical body of the fender without the internal fixings, the actual fender system performance will be reduced when installed as the chains and bars restrict their deflection.

Here at Ship2Shore, we’re proud of our reputation for providing quality products, incisive advice and excellent service. Whether it’s a basic fender or bollard replacement, through to a complex design or complete portside installation, our people are on hand providing advice and guidance towards the perfect product fit.